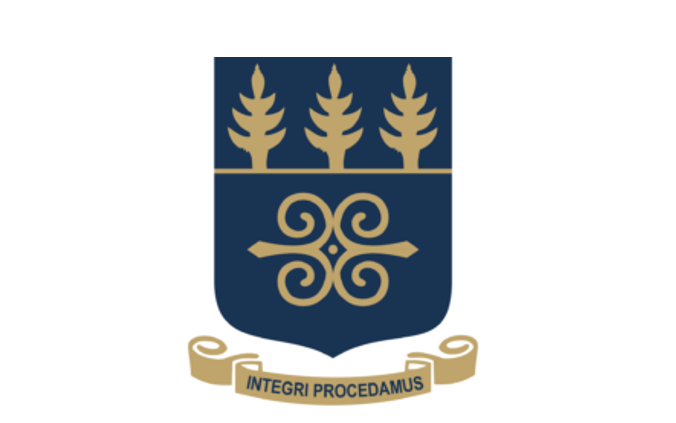 Three students from the Institute for Environment and Sanitation Studies at the University of Ghana recently defended their PhD research. See their abstracts below:

Semiarid regions of West Africa are hotspots of climate change exposure and impacts, and this is expected to intensify in the future. Given the close relationship between livelihoods on ecosystem processes and natural resources and the close dependence between ecological sensitivities and social vulnerability, concerted efforts to build resilience of local people to an increasing and potentially irreversible climatic challenge are urgently needed. Achieving these efforts effectively will require a better understanding of location- and context-specificity of adaptation actions and strategies at local level as well as vulnerability patterns to inform policy-decisions making and adaptation planning. Using a multi-scale and multidisciplinary approach, combining a spatially-explicit climate and vegetation trends assessment, participatory research methods and quantitative modelling approach, this study aimed to contribute to the growing body of knowledge on effectiveness of ecosystem-based adaptation using the lens of agrobiodiversity-based adaptation, with a focus on semiarid areas of Mali, West Africa. Specifically, the study sought to i) to unpack climatic and non-climatic driving forces of vegetation dynamics; ii) assess farmers’ perception of impact of climate change on agroecosystems and adaptation strategies; iii) document and analyse agrobiodiversity-based adaptation practices and how these practices influenced household vulnerability patterns. The empirical data was collected in the Cercle of Koutiala, a semiarid area in southwestern Mali.

Both minimum and maximum temperature significantly increased over the study period, albeit with decadal and interannual variability. Minimum temperature increased faster than maximum temperature in the study area, with a figure (1.26°C over the 35-year period) close to global temperature increase since pre-industrial period. The analysis revealed the strong interannual and spatial variability, rather than a clear significant change in rainfall over the study period. The 80s and early 2000 (1999-2002, 2004-2005) experienced below normal precipitation while rainfall seemed to be recovering after 2005, though with year to year variability. Some areas experienced an increasing rainfall trend while other recorded a decreasing rainfall trend, with very few areas experiencing significant trends, implying that rainfall pattern has become more variable. Analysis of coarse and moderate resolution NDVI time series illustrated the strong spatial heterogeneity in vegetation cover dynamics. While greening trends was dominant, this trend must be nuanced as it was not homogenous or uniform and some areas experienced browning or degradation as well. Respondents’ social network characteristics such as CBOs membership, diversity of CBOs membership and diversity of source of agricultural knowledge were the main drivers of knowledge of climate change and its impacts. While CBOs membership improved farmer’s knowledge and understanding of climate change, the diversity of CBOs membership affected negatively climate change knowledge and understanding, implying that the characteristics of the group matter and that climate information and knowledge is not acquired through all types of CBOs.

Our analysis highlighted the diversity in household vulnerability and the context-specific nature of driving forces of vulnerability patterns. Failing to account for this diversity and nuanced understanding in adaptation planning might result in a mismatch between adaptation needs and interventions and poor impacts of adaptation interventions. Dichotomy agrobiodiversity-based (or ecosystem-based) vs. other adaptation practices/strategies in relation to vulnerability reduction might be misleading and not tell the full story on the ground. Adaptation should be conceptualised or promoted as part of a more holistic development approach or process which take into account climatic risks as well as development needs and aspiration to build sustainable and resilient livelihood systems. Future research quantifying risk reduction potentials of adopting a diversity adaptation practices at different scales will provide better insights and understanding on the importance of diversity for risk reduction in semiarid farming contexts. Avenues for future research might also aim to address synergies and trade-offs among multiple climate change adaptation strategies and practices at different scales, from plot to farming systems and household levels. Advancing the understanding the synergies and trade-offs in adoption of agrobiodiversity-based adaptation practices (and more generally multiple climate-smart practices and strategies) can provide critical inputs and insights to inform policy decisions for building resilience and upscaling climate-resilient livelihood systems in semiarid areas of West Africa.

Bhungroo, a floodwater harvesting Aquifer Storage and Recovery technology, piloted in Northern Ghana for dry season irrigation, was assessed to determine its environmental and technical performance. The study evaluated the recharge, storage and recovery potentials of three Bhungroos, and their impacts on groundwater resources. Due to the limited time available for data collection, a multi-method approach was used. Water quality samples from rainwater, community boreholes, monitoring wells, Bhungroos and floodwater were characterized to determine the effect of Bhungroo artificial recharge on groundwater systems and irrigation water quality. Pump tests coupled with continuous water level monitoring were undertaken to determine aquifer storage characteristics and behaviour. Bhungroo aquifer recharge was estimated using chloride mass balance, water table fluctuation and infiltration rate methods, while end-member mixing analyses was used to estimate Bhungroo recovery potential. The sustainability of the Bhungroos were determined from sustainable yields and potential irrigable area. The findings indicated that artificial recharge had significantly changed Bhungroo water from a shallow fresh water and deep groundwater character type of Ca-Mg-HCO 3 (67 %), Na- HCO 3 (31 %) and Ca-Mg-SO 4 -Cl (6 %) with minimum anthropogenic influence towards floodwater character of Ca-Mg-HCO 3 (72 %) and Ca-Mg-SO 4 -Cl (28 %) with a relatively higher  anthropogenic impact. Microbiological differences between Bhungroos and surrounding groundwater systems, however, were found not be wholly attributed to the influences from floodwater recharge since E. coli had previously been observed in surrounding groundwater systems prior to Bhungroo operations. Generally, changes in Bhungroo water character did not affect its suitability for dry season irrigation since all indicators showed no hazard; except for SAR, EC and bicarbonate which showed a slight to moderate effect of sodium hazard on soil water infiltration. Bhungroo recharge and recovery performances were found to be limited by available well/aquifer storage characteristics and behaviour. Hence, Bhungroos with transmissivities of 8.4 – 13.1 m 2 /d, storativity of 0.0011 and specific capacities of 14.7 – 37.4 m 2 /d increased mean annual recharge between 8 – 13 % but recovered between 0.17 – 0.41 for dry season irrigation due to the effect of well collapse and clogging. Thus, the loss of recharge proportion between 0.22 – 0.46 for Bhungroos with sustainable yields between 0.7 – 1.5 l/s implied a minimum of 3,600 m 2 of vegetable farm could be irrigated. However, considering the high costs of the Bhungroo technologies vis-a-vis the low potential irrigable area, it is recommended that the economics of the Bhungroo Irrigation Technology in Ghana should be carefully evaluated before upscaling to ensure sustainability.

The gradual erosion of indigenous crop varieties and its negative effect on agrobiodiversity, agricultural systems and food security remains a major challenge globally. In Ghana, agriculture systems now emphasize the cultivation of selected high yielding crops to the neglect and subsequent marginalization of indigenous food crop varieties and plant species, for reasons that have not attracted much research attention. This study therefore sought to profile the varieties and uses of neglected and underutilized crop species (NUCS) and plant species in the Upper Afram and Upper Dayi basins of the middle belt of Ghana and examine the factors influencing their erosion and marginalization, as well as, the possible implications for household food security at the local level. The study employed both qualitative and quantitative research approaches to explain the experiences of about 271 respondents in relation to the eroded and marginalized food crop varieties and the constraints hindering their cultivation and use. Climatic data and satellite imagery analysis were used to determine longitudinal changes in climatic and land use and land cover over time respectively, and how these may have affected the erosion of these crop varieties. The data were analyzed qualitatively based on the themes emanating from the interviews and quantitatively using descriptive statistics and results presented in the form of percentages, frequencies and tables. Findings of the study confirmed the neglect and marginalization of a variety of the indigenous food crops in the middle belt of Ghana, though a total of 112 of such NUCS varieties (belonging to the food crop categories: cereals, legumes, vegetables, root and tubers, tree crops, plantations and fruits) were identified but very rare. Factors responsible for the erosion include indiscriminate use of agro-chemicals, climate variability and environmental change particularly forest cover. The study further revealed that socio-economic factors namely market demand and dietary habits have been the major factors responsible for the marginalization. These notwithstanding, certain traditional practices and customary rites have helped in the preservation of some of these indigenous food varieties whose cultivation still dominate certain areas. The findings concluded that the erosion and marginalization of these food varieties among the rural communities may be responsible for the current food insecurity in the study communities compared to the past. These findings create the need for a review of the policy strategies of the country as outlined in the Food and Agriculture Sector Development Policy (FASDEP II) to integrate NUCS especially given their known contribution to the attainment of food security among rural households. Finally, the study recommends the relevant Ministries, Department and Agencies (MDAs) such as the Local Government, Ministry of Tourism, Ghana Tourism Authority, Ministry of Culture, among others, to institute regular indigenous food fairs at the local (village), district and regional levels, in order to promote local dishes which are prepared with these food crops.

Want to join the discussion?
Feel free to contribute!